The type of screen has become almost as important as the TV brand ever since flat-screen panels replaced old-fashioned CRT televisions. Plasma and CCFL-backlit LCD panels were the earliest flat-screen TVs, but neither of these technologies is used today. Currently, three different types of screens, QLED, OLED, and LED, are the most commercially available televisions feature at least one of these. Let’s get into the overview of QLED vs. OLED vs. LED.

QLED vs. OLED vs. LED – An overview

TV displays have a different array of technologies today. Every technology has its strengths and weaknesses. This blog discusses the differences between QLED, OLED, and LED TV displays in-depth.

QLED: LEDs are used in QLED TVs to illuminate the LCD panels. An additional layer of quantum dots filters the light between the LCD layer and the backlight to produce more vivid and saturated colors. Few companies, such as Samsung and TCL, use QLED as a marketing term for their quantum dot TVs. Those who want the best color quality choose QLED.

OLED: Each pixel in an OLED TV can be adjusted individually for brightness. The television can display pure blacks by turning each pixel entirely off. Because of their wide viewing angles, they deliver superb picture quality. The best choice is for people who can afford it unless you want to use it as a PC monitor or view a lot of static content.

LED: QLEDs and OLEDs arrived in the TV market before LEDs, which stands for the light-emitting diode. LEDs are used to light up LCD panels. LED TVs to come with VA panels, which typically have a high contrast ratio, narrow viewing angles, and get quite bright. Today, most people prefer LED TVs. In addition to being the best value, LED TVs to come in a wide variety of sizes. 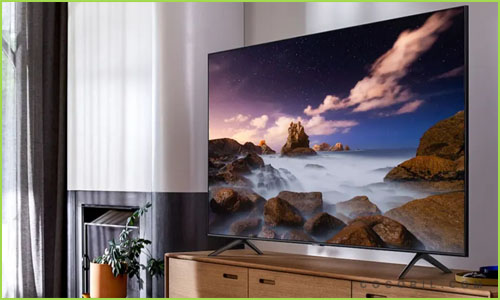 Among the many unique characteristics of quantum dots, QLED TVs feature “high luminance.” A screen’s luminance determines how bright it looks, and brightness also influences other aspects of image quality. When the brightness is high, the contrast ratio improves naturally. HDR (high dynamic range) is the process of displaying bright and dark portions of videos and images. A crucial aspect of picture quality is HDR. By enhancing this further, rich and crisp images are provided.

When it comes to focusing on color, it’s simple. Brightness impacts color quality. There are bright and dark reds among the spectrum of red shades, but QLED TVs display these hues more accurately. As a result of this unique QLED technology and other black implementation technologies such as Direct Full Array, QLED TVs provide an entirely different viewing experience and picture quality. The best OLED TV enhances your TV viewing experience.

The display types we have discussed rely on LCD technology. On the other hand, OLED (organic light-emitting diode) displays avoid it altogether. Many high-end televisions use this technology, including those made by LG, but shortly, micro-LED displays may challenge it. Polarizing layers and fancy crystals are absent from OLED displays.

On OLED displays, a backlight is not required. If there’s black on the image, voltage won’t be applied to the pixel, making the black level true. OLED displays are not without some drawbacks, though. Since OLED displays don’t have a backlight, they tend to be less bright than LCDs. Additionally, they cost more to manufacture.

TV screen types with OLED technology are the most readily available and modern ones. Every pixel emits its light with Organic Light-Emitting Diode (OLED) technology. You can also turn off individual pixels. The result is that OLED TVs produce deep blacks, realistic colors, and high contrast. In addition to being thinner and with narrower bezels, OLED TVs do not require a backlight. 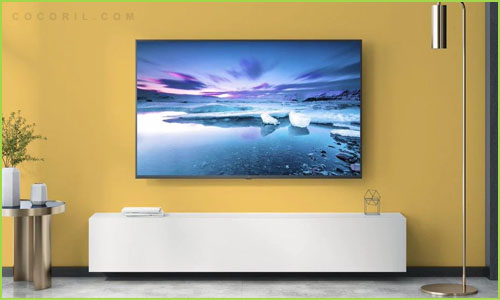 There is, however, an issue with their brightness compared with other types of LED displays. LED displays with direct lighting eliminates edge-lighting and replace it with a few LEDs arranged throughout the back of the screen. This means more light is supplied, and light is distributed more evenly across the display.

As a result, an image appears brighter. TVs with this technology are usually found in the midrange to the low-end market.

Displays with a Full Array of LEDs

Like direct-lit LED displays, full-array LED displays are backlit with LEDs along the sides. A full-array LED display, however, has dozens of LEDs instead of a few. In addition, the LEDs can be switched on and off individually. The benefits of this are numerous. LCDs come with filters that block a good amount of light, but not all. Even when the screen is black, some light still gets through, so it’s not black. In contrast, it’s not possible to let light through when you dim or turn off a segment of the backlight, so the black is deeper.

LED TVs with full arrays have been displaying more and more lighting, also referred to as “dimming zones.”

In short, mini-LED technology reduces the size of the individual LEDs that make up a display, allowing for more to be used. The mini-LED technology enables displays to have hundreds of individually programmable backlights instead of just a few dozen. A smaller area of black on display can be turned off with this type of dimming, thus enabling more detailed dimming. The average mini-LED measures about 0.008 inches in diameter. An LED of the same size is around one-fifth of that size.

Displays Made from Micro-LEDs

Isn’t it true that smaller is better? That’s how MicroLED displays work. There are only a few micro-LED displays available, but the technology is widely recognized as the future. This should mean more and more of them coming out soon.

Mini-LEDs measure approximately 0.002 inches so that they can be placed in each pixel on display. It’s impossible to do much better when each mini-LED can be controlled separately. LEDs will still get smaller, though, of course. It might even be necessary. As pixels become smaller and smaller and LEDs become more prominent, we’re heading toward a world with higher-resolution displays.

Several different types of TV panels are now available, each with its own advantages and disadvantages. OLED TVs offer truly black and wide viewing angles, which makes them different from QLED and LED TVs. However, LCD and LED TVs tend to be brighter, while QLED TVs display a wider color gamut for HDR content. Last but not least, OLED TVs are also prone to permanent burn-in, whereas LED/QLED TVs do not. For that reason, if you tend to watch a lot of content with static elements, you should steer clear of OLED TVs.

Hope our article about QLED vs. OLED vs. LED was helpful for you.