Nutribullet began as a home blender maker, as we all know. They’ve now completed the circle by embracing the entire blender market with high-powered equipment.

To be frank, I like this stuff a lot. It’s inexpensive, attractive, and highly functional all simultaneously. It has four simple pre-programmed settings with a stunning appearance.

You can produce purees, smoothies, soups, and frozen drinks with a single touch. Let’s look at the benefits and drawbacks for now.

What can the Nutribullet Smart Touch Blender be used for?

It competes with Vitamix and Blendtec household blenders with a massive 1500-watt motor. The Nutribullet Smart Touch blender is a powerful machine.

The 64-ounce (1.89L) version is vented to hold hot foods like soup. But, keep in mind that, unlike a cooking blender, it will not heat purée on its own. Your components are first to be warmed in a separate saucepan.

The Nutribullet Smart Touch Blender Combo is limited in its capabilities. It is missing an attachment for grinding flour and kneading dough. Those qualities, however, aren’t required. It’s more of a bonus feature found on Vitamix or Blendtec blenders. 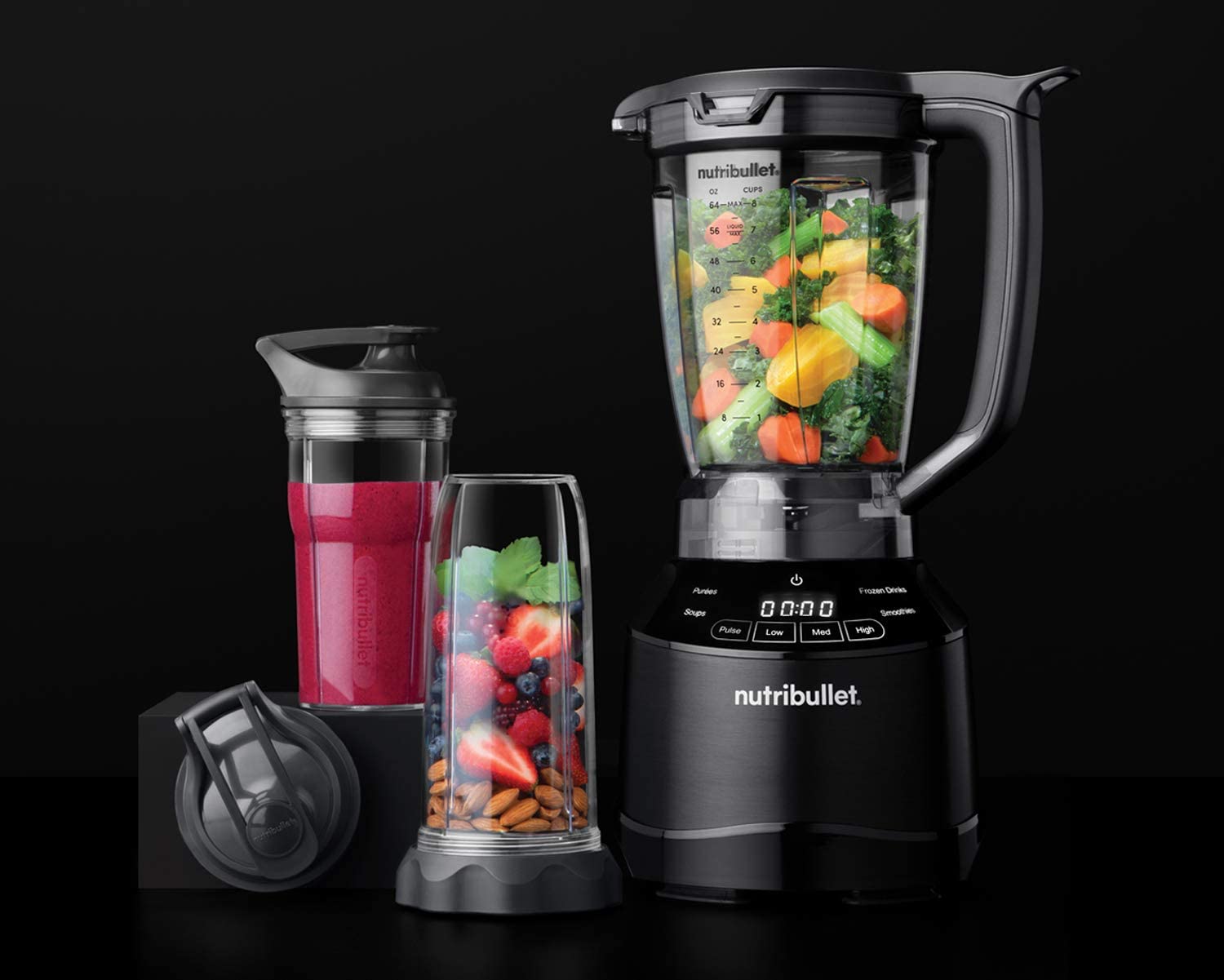 Is it simple to operate the Nutribullet Smart Touch Blender?

The touch controls of the Smart Touch Blender set it apart from the Nutribullet Blender Combo. In addition, it now has more up-to-date quick-blend options.

Purees, frozen drinks, soups, and smoothies can all be made faster. There’s only a button for “extract” on their earlier model, which doesn’t make much sense. It’s more descriptive now.

Anyone can make their favorite soup, smoothie, or any recipe with simply a touch of a button.

There are three-speed buttons on the unit and a pulse switch. In addition, the improved ergonomic twist blade for its solitary cups is included. It’s easier to put together and take apart. You can also use it manually if you want to mix things in your way.

Let’s return to the four intelligent presets on the Nutribullet Smart Blender Combo for purees, frozen drinks, soups, and smoothies. The intelligent timer will show how much time is left for each setting.

It contains a core technology that recognizes if a pitcher or cap is locked in place, in addition to those walk-away mixing algorithms. If it isn’t, the control panel will not light up, and you won’t be able to start the engine.

A regular 64-ounce pitcher, 2 personal cups, and a simple extractor blade are included in the combination set. There’s also an extra 56-ounce container available if you need it.

The blade is not dishwasher safe

Is the Nutribullet Smart Touch Blender a good investment?