Most people believe that an immersion blender (also known as a “hand blender” or “stick blender”) is a piece of kitchen equipment that is kept in a drawer and used only when necessary.

Until NutriBullet came along, many people felt the same thing about the standing mixer. The NutriBullet blender’s powerful, low-cost, and simple-to-use kitchen gadgets immediately became popular.

We’re all looking for the perfect blend for the smoothies and shakes; who likes clumps in their drinks? Immersion blenders are undoubtedly helpful for this and other reasons also.

The NutriBullet Immersion handheld Blender comes in a box that’s about the size of a vast book.

Hundreds of cardboard dividers are meticulously packed into the immersion blender. The blending arm, blender motor body, and whisk attachment are all included in the package. 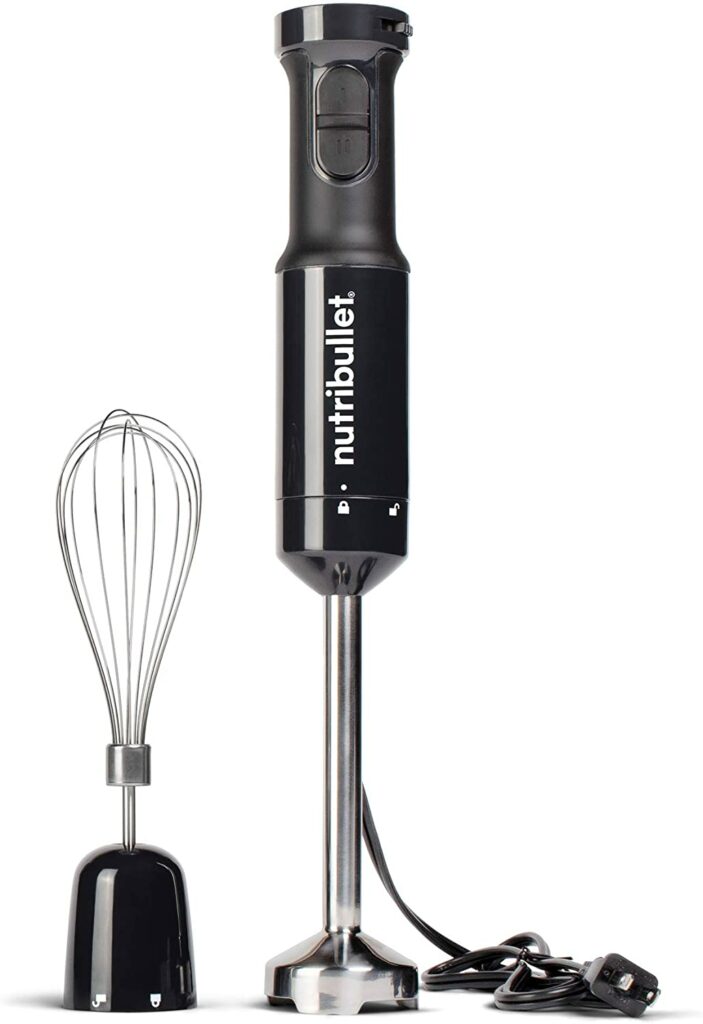 What do users say about this Nutribullet Immersion Blender?

There are no negative comments regarding the immersion blender in any of the three and four-star ratings on the NutriBullet website. However, one of the reviews on Amazon criticized the NutriBullet Immersion handheld Blender for its weight and the lack of a “buffer” at the bottom of the blender arm to protect the blending/cooking vessel.

The NutriBullet Immersion Blender was not at all hefty for me. On the contrary, the motor body is robust, sturdy, and heavier than it appears, although it isn’t overly so.

I was astonished at how small the blending arm and motor body were. NutriBullet offers a more powerful blender motor (350 watts) in a smaller package than most others. The whisk attachment and mixing arm are also slimmer than the competition. This NutriBullet immersion blender is simple, straightforward, and effective. 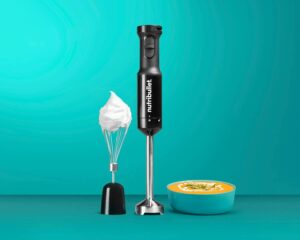 After a Month of Use

The blending arm on my NutriBullet handheld Blender operated beautifully after a month of use. The NutriBullet Blender is powerful, but its basic design doesn’t use its 350-watt engine.

I put the NutriBullet blender on high speed in a tall jar with 400ml water to check what kind of swirl it produced. The NutriBullet produced a swirl up to 700ml. The NutriBullet took a little longer to combine vinaigrettes, thoroughly blend marinara, and whipping cream with a whisk attachment.

I’ve compared a $30 blender to a blender that costs twice as much. I should also mention that the NutriBullet handheld Blender is a little more expensive than entry-level devices, which generally cost around $20. 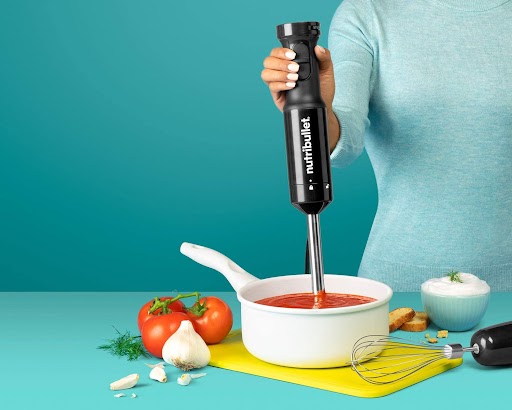 NutriBullet’s twist-on system for attaching the mixer arm and whisk is one of my favorites. I particularly enjoy having a flat “head,” allowing you to remove them and store them upright after using them, which is an excellent plus for producing whipped cream.

The ergonomic shape fits comfortably in your hand, allowing you to blend right on the stovetop.

For ultimate texture control, you can adjust the variable speed dial from low to high and anywhere in between.

Can blend, mix, and puree all kinds of recipes. Twist-on whisk attachments give you more options in the kitchen.

A small blender that fits neatly in your cutlery drawer.

At just under $50, this immersion blender is on the lower end of the immersion blender pricing range. Some are a little cheaper, while others are significantly more expensive. However, given how effectively it performed, this is a great deal for someone who isn’t planning on doing a lot of mixing. 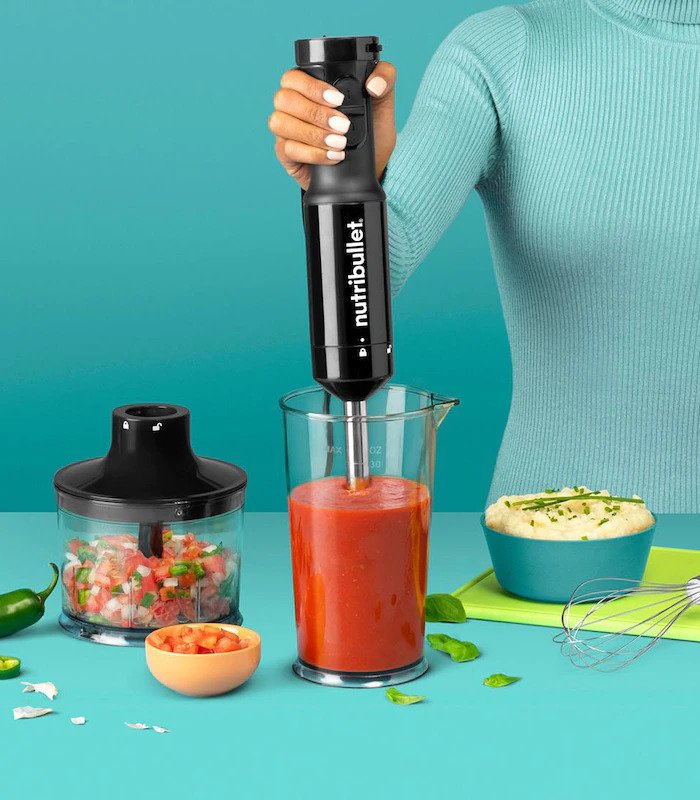 The NutriBullet Smart Touch Blender is more expensive than the Nutribullet Immersion Blender, but it also lasts longer. It’s also excellent for blending recipes in large pots because of the larger shaft. It’s ideal for those who require a high-end immersion blender. 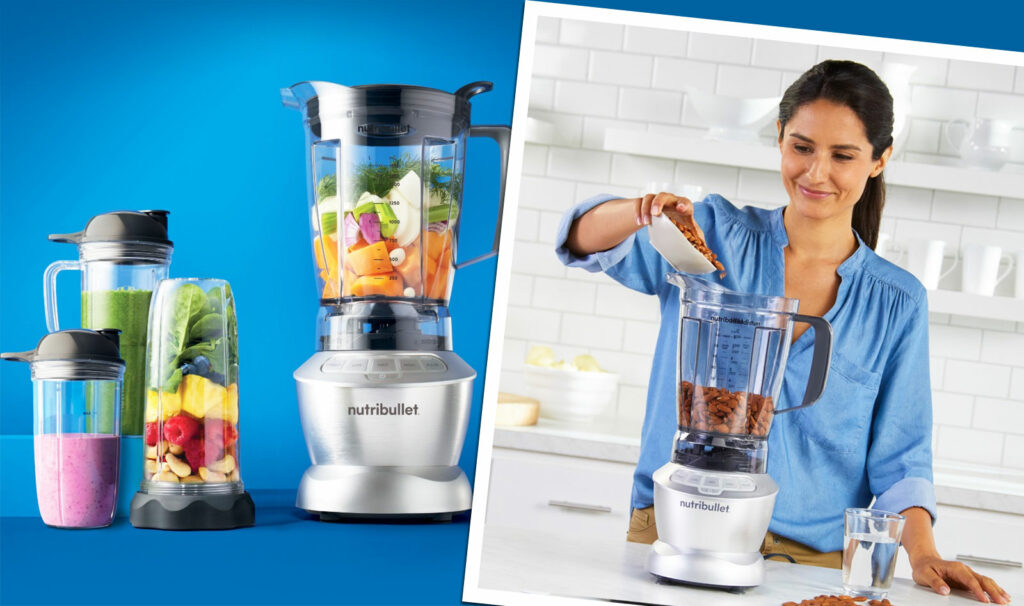 The Nutribullet, on the other hand, is just as good for those who don’t need all of that bells and whistles and will only be creating the odd salad, mayonnaise, or smoothly blended soups. Although it isn’t as durable as more costly blenders, it is a great option at its price range if you follow the directions on what to blend and how to mix it.

The quickest approach to clean the blender shafts is to submerge them in soapy water and run it for a few minutes to clean the blades. Then all that’s left is a quick rinse and examination to ensure there’s no food behind. If you have many things to work on in your meal prep, this quick cleanup is ideal. Hand washing is very simple, requiring only a brush to clean underneath the blades occasionally. 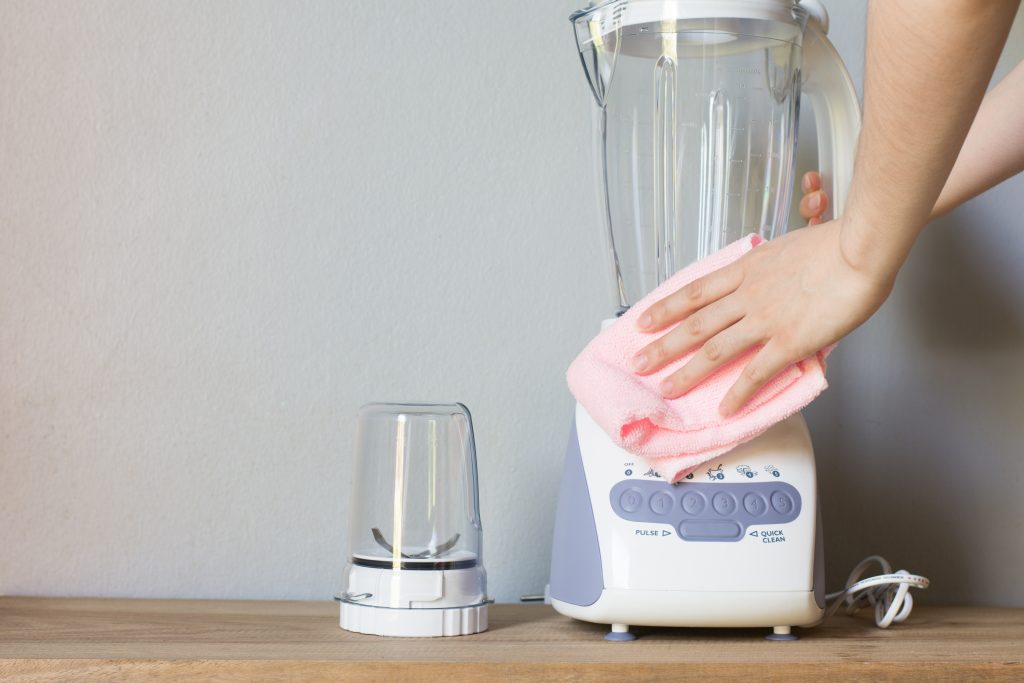 The NutriBullet Immersion handheld Blender is well worth the money. If you’re searching for a $20-30 immersion blender, get the $30 NutriBullet Immersion Blender. It’s significantly more powerful, and the attachments are simple to attach and remove. It is compact, tough, and capable, and it gets the job done without a hitch.

10 Best Vacuum Sealers to Save Food for a Long Time